How to Support Elephant Conservation on Safari 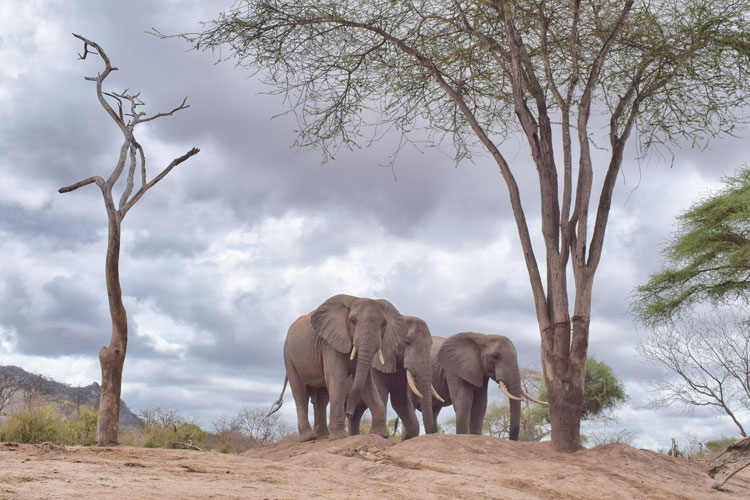 As a huge animal-lover infected by the travel bug, visiting animal sanctuaries around the world and enjoying the sight of wildlife in natural environments are must-dos. Specifically, I wanted to go on a trip where I could support elephant conservation on safari through responsible travel.

I had recently read the book An African Love Story by Daphne Sheldrick and fell in love with the story and mission of the Sheldrick Wildlife Trust.  Instantly, I was compelled to experience what they do at a deeper level. So, I added this to my bucket list.

Call of the Elephants

Shortly after reading the book, I came across a travel operator called Capture Africa Tours (CAT) that had an upcoming tour revolving around the elephants at all four of the Sheldrick Wildlife Trust reintegration units.  The elephants were calling.

Next thing I knew, I found myself in the shadow of the giants with Capture Africa Tours, in Kenya, East Africa! This was a trip that would support elephant conservation while on safari. There were numerous highlights but the one that takes the cake was the sunrise at Ithumba.

I got to walk among majestic elephants grazing together peacefully on the savanna grasslands as the sun came up. The horizon transformed from the heavy grey-blue of night into a magnificent gradient of pinks and oranges of the new day.  The only sounds were that of the elephants munching and grumbling.  There were wild elephants, orphans, and ex-orphans that had re-integrated into the wild converging.  It was a spectacular experience that took my breath away.

Every Elephant Has a Story

We visited all of the Sheldrick wildlife reintegration units in southern Kenya. I met orphan elephants and orphans of other species including rhinos, giraffes, elands and buffalo.  Each individual had a story.

I met Enkesha at the nursery, swinging her trunk in delight and she had a skip in her step.  This spirited young elephant was rolling around the dirt with all four legs in the air like a dog asking for a belly rub.  Her trunk was nearly severed by a snare.  Although it would never completely heal, with intensive care and a safe place to heal, she was adapting.  Her joy amazed me.  This baby elephant taught me about resilience.

Enkesha was one of many encouraging stories.  I met other elephants who were trapped in man-made wells, shot, and also snared before being rescued by the Sheldrick Wildlife Trust.  Luckily, most of the animals will eventually be reintegrated into the wild.

Elephant populations are dwindling in Africa with increasing threats from poaching and habitat loss.

Therefore, a number of organizations, including The Sheldrick Wildlife Trust, Big Life Foundation, local communities and others work together to protect wildlife and manage the human-wildlife conflict.

The Sheldrick reintegration units are all located in protected areas.  They have their own mobile vets, vehicles, aircraft and canine units to patrol the land to look for wildlife in danger and needing intervention.

While on safari, I met some of the Big Life Foundation rangers (hired from local tribal communities) who patrol the Amboseli ecosystem mainly by foot.  I was touched when our Capture Africa Tours guide donated several pairs of hiking boots to them.  As a result, it was satisfying being a CAT customer indirectly contributing support for elephant conservation while we were on safari.

It was also gratifying to stay at the luxurious Sheldrick lodges because the funds I paid helped the elephants.  A win-win.

Choose to be an Eco-Tourist

Safaris are on many people’s bucket lists. And protecting wildlife not only helps the ecosystem but it has economic benefits through Eco-tourism.

In addition to SWT visits, my trip also included many game drives showcasing the diverse wildlife on the vast East African landscape.  However, it was sad to know that many of the animals I saw were on the decline and some endangered.  Therefore, I feel lucky to have got a glimpse of the magnificence that needs to be kept whole.

Furthermore, participating on a tour intended to share the beauty of wildlife helps incentivize the protection of it.  Hopefully, more money will continue to be spent on appreciating natural beauty rather than on pilfering it.

In conclusion, my trip with Capture Africa Tours was one of the most rewarding experiences of my life.  If you are an avid animal-lover who wants to support elephant conservation on safari, while travelling responsibly and ethically, then you need to choose Capture Africa Tours.

THANK YOU, Hoann Ignacio, for sharing your experience with CAT. We appreciate your sincere feedback and for choosing us as your connection to Africa.

We love hearing from our guests! Contact us if you have traveled with CAT and you would like to provide a traveler testimonial!

Asante Sana from your friends at Capture Africa Tours!